Disney CEO Bob Iger had an impressive compensation package for 2014. His total take rose 35% over 2013 to $46.6 million. Now that pales in comparison to some of Michael Eisner’s massive compensation packages (back in 1997 Eisner received over $575 million when you include stock options he exercised, another year was over $200 million) but it’s also just as obscene when compared to what the average front-line cast member makes.

Matthew over on the Etckt blog does the math and discovers that the average yearly pay for a cast member is $16,664.16 based on an average hourly wage of $9.32 and working 1788 hours a year. (That’s not quite full time of 40 hours a week, which would be 2080 hours or $19385. We’ll use that number on this post). Either number is still under the poverty level for a family of four ($23,850 a year as set by the US Govt). That means that in order to make a living wage, these cast members need to take on extra hours or work multiple jobs to make basic minimums in the USA.

“I understand that rich boards like to reward rich CEOs for their hard work and Disney’s stock has been performing well as of late, but to have that disparity between executives and their lowest paid employees is shameful. The damage it does to the morale of the cast members is incalculable and should be stopped across corporate America. I understand that people should be able to attain a level of success in this life, but to have a CEO making almost 2800 times that of their lowest paid employee should be a crime.”

I urge you to read Matthew’s whole article where he takes Disney’s executives to task over the obscene disparity in pay. Is there really any other word to describe it than obscene? 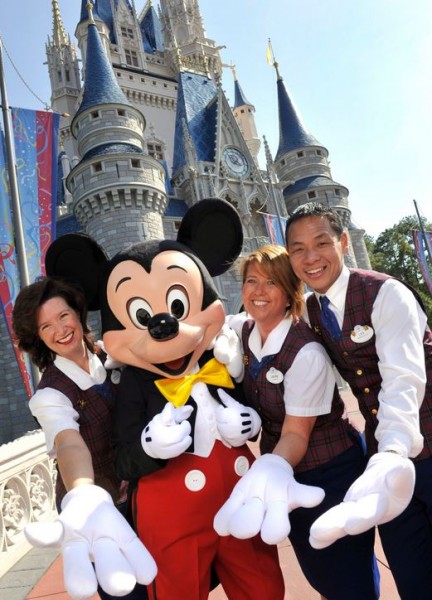 Even if Disney raised the base pay for front-line cast members to $10 an hour and average pay to $11.50 that would just barely meet the standards for poverty level. The contract just signed by Walt Disney World’s largest union will eventually raise base hourly wage to $10 in 2016. Disney should do more and sooner, not just because it’s good for cast member moral and helping them take care of their families, but because it will also help the parks attract a more professional workforce, something that becomes more difficult every year as Central Florida’s other parks also increase their wages and hire more workers.

An interesting aside to this news: Iger actually holds both the CEO and Board Chair at Disney, although he is originally was going to transition out of the CEO role by 2016, he just extended his rule until at least 2018. Which led to another detail that started floating around this weekend, Jay Rasulo, current CFO and one of the top two candidates to succeed Iger, has reportedly not signed his contract extension. This could be a sign that current parks chair Tom Staggs is now the lead candidate and that Rasulo doesn’t plan on sticking around if he doesn’t get the CEO position. Something to keep an eye on at least.