Disney announces casting and production of “Stitchers” for ABC Family 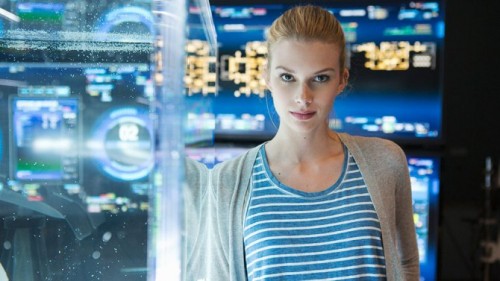 Disney’s ABC Family cable channel is recasting itself for a slightly more mature audience. As part of the switch it has announced its first-ever original procedural drama, “Stitchers.” Stitchers is an hour long crime drama with a bit of a sci-fi twist.

The story follows Kristen (Imma Ishta from “Manhattan Love Story”), who is recruited into a secret government agency. The agency investigates murders and unsolved mysteries by “stiching” into the minds of the recently deceased and tapping into their memories.

Working alongside Kirsten is Cameron (Kyle Harris of “The Carrie Diaries”), a brilliant neuroscientist whose passion for the program is evident in his work. The secret program is headed by Maggie (Salli Richardson-Whitfield also from “Eureka”), a skilled veteran of covert operations, and includes Linus (Ritesh Rajan from “The Last Airbender”), a socially immature bioelectrical engineer and communications technician. Kirsten’s roommate, Camille (Allison Scagliotti from “Warehouse 13”), a gifted computer science grad student, is also recruited to use her skills to assist Kirsten in her new role as a ‘stitcher.’

I’m hoping this is good because it described a show that I would want to watch, which is rare for ABC Family. But up to now, I haven’t really been in their target market.

No release date yet, but it will air sometime in 2015.