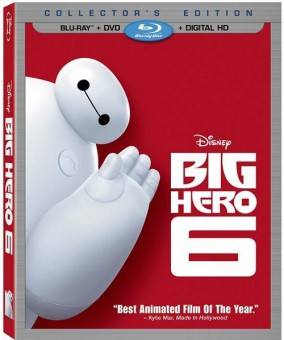 Fist bumps all around, you can now pre-order Disney’s “Big Hero 6” featuring home robotics whiz Hiro Hamada, the huggable companion robot Baymax, along with all their friends on Blu-Ray/DVD. Included in the release is the theatrical short “Feast” that was the hit with audiences everywhere.

The Origin Story of “Big Hero 6”: Hiro’s Journey (hosted by Jamie Chung, voice of Go Go Tomago) – Join the team behind the team that brought Big Hero 6 to the big screen as they travel on research trips to Tokyo and San Francisco and go behind the scenes of this epic film. Explore everything comic-book about Big Hero 6, from director Don Hall’s passion for comics to the story’s roots in a lesser known Marvel property. We’ll talk to Marvel’s Joe Quesada and Jeph Loeb, who were consultants on the film, to learn what makes a good comic-book story, and how these devices were used to help create Disney’s “Big Hero 6.”

Big Animator 6: The Characters Behind the Characters – Join the six lead animators of Big Hero 6 as they talk about each of the characters and how they came to be the heroes they are now. 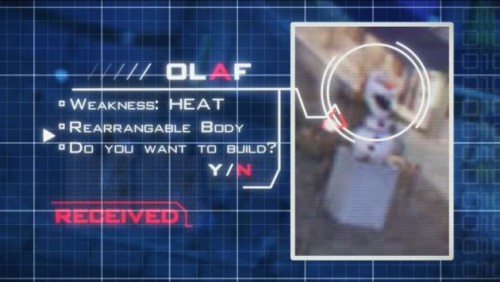 Big Hero Secrets (Easter Egg) – The movie is filled with Easter Eggs, and this Buzzfeed-type list piece will give you a sampling of some of the hidden treasures in the film. See if you can find this Easter Egg about Easter Eggs! (BLU-RAY only)

We have a sneak preview of the Easter Eggs clip showing how a few objects from the Disney animated feature Frozen made their way to San Fransokyo.

I can’t wait to bring Hiro, Baymax and their diverse group of friends — Go Go Tomago, Wasabi, Honey Lemon and fanboy Fred — home to watch again and again. You can pre-order the Big Hero 6 Blu-ray Combo Pack today, your purchase via this link helps The Disney Blog. Thank you.

previousSorcerer Hat, gone. Now 5 more things Disney should remove from Walt Disney World.
nextMore behind the scenes interviews and clips from Disney’s Into the Woods