It was a busy week for Celebrities at Walt Disney World. Names like Donny Osmond and rapper Snoop Dogg were spotted by many fans.

@donnyosmond Enjoyed seeing in restaurant at Epcot last week. wanted to say something but didnt want to bother you pic.twitter.com/J5htnfmaEK

Also on the list was actor and comedian Tim Allen, the voice of Buzz Lightyear in the Disney-Pixar “Toy Story” series of animated films. 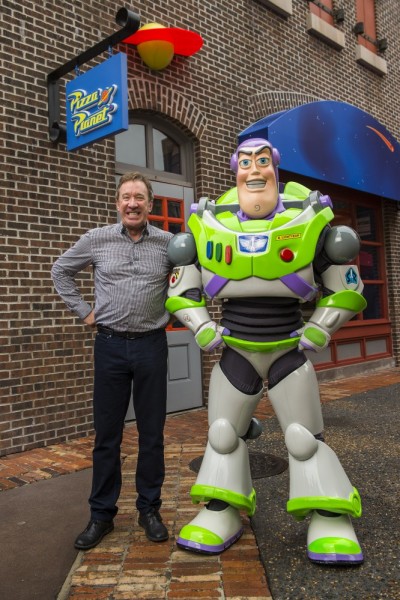 In a photo taken Dec. 31, 2014 Allen poses with Buzz Lightyear at Disney’s Hollywood Studios. Allen, who also starred on the hit TV series “Home Improvement” and in live-action motion pictures like “The Santa Clause,” is visiting the Walt Disney World Resort to ring in the new year.