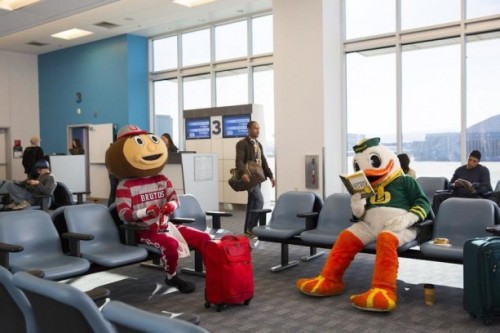 “I’m going to Disney World” are the five words every athlete wants to speak after winning a big game. Soon, one team in the inaugural NCAA College Football Playoff will have that honor. Of course, Disney is smartly playing it up with a series of TV spots.

I will admit I have a duck in this game. I was born in Portland, OR and, although I didn’t attend the University of Oregon, I had plenty of family members and friends who did. It’s a fine school known for its athletics and academics. Eugene, OR is a wonderful town with close access to the great outdoors opportunities that Oregon presents.

Ohio State has a great winning tradition and a long history of academic success as well. They also have a coach who knows how to win at this level. It’s going to be a great game.

Disney fans, may be aware that since the late 40s the University of Oregon was the only college licensed to use a Disney character as its mascot — Donald Duck. This came about via a friendship between Oregon’s athletic director at the time, Leo Harris, and Walt Disney. The mascot performer received training from Disney and had to represent the character of Donald Duck.

Of course, the duck mascot in the video doesn’t look much like Donald. That’s because The Walt Disney Company and the University of Oregon agreed to drop the association in 2010. I did notice that ESPN used the old mascot with Donald Duck during the game. Apparently the University is still allowed to use Donald Duck in some of its graphic designs and logos. That makes me happy. 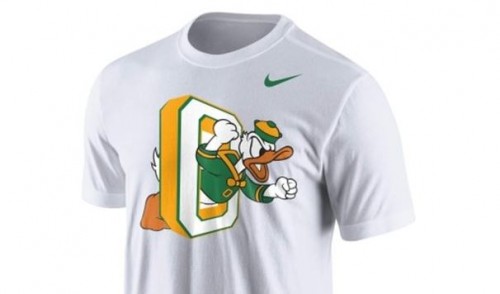