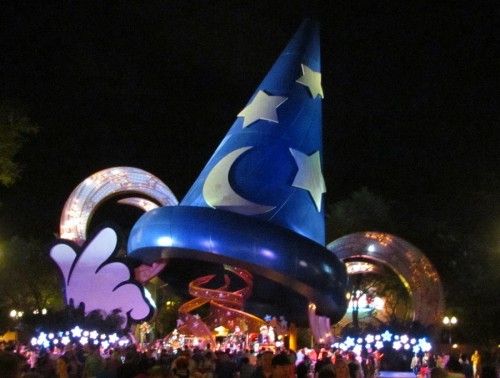 We have already been told that Walt Disney World would begin demolition of the Sorcerer’s Hat icon from Disney’s Hollywood Studios in early 2015. The park has officially confirmed that they won’t be wasting any time with walls going up on January 7th and demolition beginning shortly thereafter. That means you have just a few days to get in your good-byes, last selfies, and souvenir photos with the hat.

What we don’t know yet, is if the expected larger makeover for DHS will be announced soon. With the hat out of the way, what would you like to see DHS do as far as a makeover or expansion?

previousTime-Lapse Video: Disneyland at Christmas
nextGeek out with the entire Marvel Cinematic Universe in one Mega-Cut