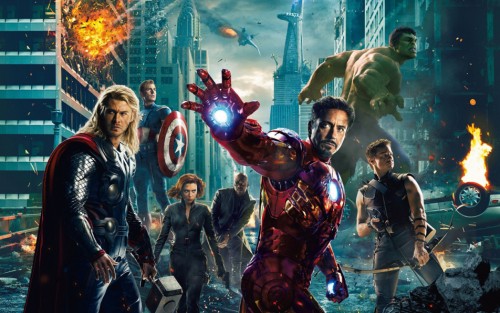 Over the Christmas holidays, I had set out on a mission, to re-cut the Marvel movies into one coherent continuous film. I had originally came across the concept when my brother had shown me the timeline known as “Fury’s Big Week.” This is in reference to the fact that the events of Iron Man 2, The Incredible Hulk, and Thor happen withing 7 days of each other.

Unfortunately, once you start editing the films you find that the timeline leaves some room for guess work. Luckily, Mike Furth from the Youtube channel The Comic Archive released two videos that included much more detailed information and instructions.

In a much more precise manner, everything is laid out for the user to create their own chronological cut of the Avenger movies. What was even better is that Mike has included film scenes from Phase 2 films such as The Dark World. Not to mention certain scenes from the show Agents of SHIELD and the Marvel One-Shots. It was everything you would ever need.

I then began to edit my film with the adjusted time codes and as I began to finish I noticed something interesting. Marvel has done an excellent job of retaining a consistent film style. When you cut from one film to the next, it’s not as jarring as you’d expect. I could still be wrong. Since I have not had the opportunity to watch it all the way through since it clocks in at over 12 hours.

It also sheds light into the fallout between Marvel and Edgar Wright. Edgar Wright has a very distinct style. While it would work great for an Ant-Man film, it wouldn’t gel with the rest of Marvel. It helps to bring understanding to the motives behind the two parties.

I have only had the opportunity to finish the Phase 1 Omnibus but I am looking forward to editing the second. I just need to schedule an all Marvel weekend and disappear from the world for a few days.

Does this sound like something you’d do yourself or do you wish Marvel would provide a DVD set already edited this way?