Crater named for Beatle John Lennon has a familiar shape 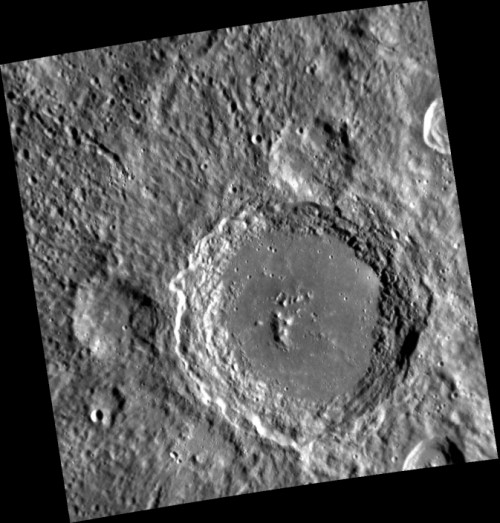 This may be the most out-there Hidden Mickey in the galaxy and it belongs to the John Lennon from the Beatles. A year ago today, NASA named a crater on the planet Mercury after the famous musician. The crater was originally photographed in a fly-by from the Messenger spacecraft in 2008.

While I’m sure John Lennon’s crater wasn’t selected for it’s familiar shape, I do find it fun that there is an obvious Hidden Mickey there.

Walt Disney does have a crater on Mercury named after him, although sadly, it does not have the shape of Mickey Mouse.

All totaled, 124 craters have been named on Mercury. NASA says assigning names to the craters makes it easier for scientists to reference them in their notes and observations.