Sherlock is getting stranger. Marvel has announced that Benedict Cumberbatch will enter the Marvel Cinematic Universe in as the star of “Doctor Strange.”

Dr. Stephen Strange is one of Marvel’s more unique superheros. He’s a neurosurgeon who, after a horrific car accident, discovers the hidden world of magic and alternate dimensions. 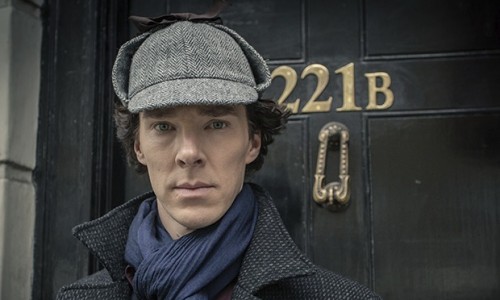 Cumberbatch is among the top four of five actors of his generation. After a series of supporting roles, he rose to international prominence as th4e star of “Sherlock,” a modern take on Sir Arthur Conan Doyle’s consulting detective. That show is currently preparing for its fourth 3 episode season (they’re really mini-movies). He was also in “Star Trek – Into Darkness” and provides the voice of the dragon Smaug in the new Hobbit movies.

Update from Peter: Just how will Benedict portray the Sorcerer Supreme? Only time will tell. Grabbing such a prominent rising star as Benedict is huge for Marvel though. While personally, I had few other casting ideas and hopes I am truly ecstatic about this announcement. Cumberbatch is one of those actors I believe can play anything and he will most likely knock this one out of the park.

What do you think of this choice? It’s been rumored for a while and definitely considered a strong choice by myself.