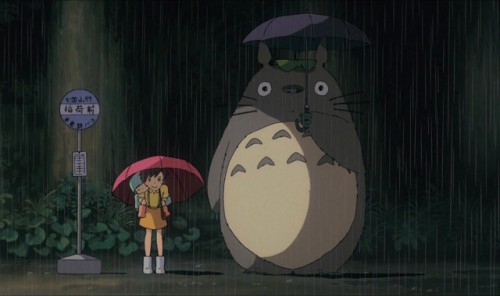 Hayao Miyazaki, co-founder of Studio Ghibli, was in Hollywood this weekend to receive a Lifetime Achievement Oscar at the Academy of Motion Picture Arts and Sciences’ Governors Awards. John Lasseter, chief creative office at Disney and Pixar, introduced the master calling him “the most original filmmaker to ever work in our medium.”

Although he retired from making feature-length animated films about a year ago, animation master Hayao Miyazaki says he hasn’t given up the art form yet and will continue to make anime until he dies.

That begs the question, what is he working on? According to an interview with the AP, he is working on an animated short about samurai in the 16th century. He’s drawing full armor, full combat, and more historically accurate than previous movies have been.