As you can see all the construction makes Disney’s Animal Kingdom a Kingdom of Walls. We were there on a weekend and there was a lot of activity on Discovery Island, around the Tree of Life, but as far as I could tell, no work on the tree itself yet. In fact, they’ve actually let the area around the tree go a little bit. And you could see where horticulture really needed to get in and clean things up.

There is a new Cotton-Top Tamarin exhibit on Discovery Island. It’s away from the front of the island and over on the path to Africa. With a new performance corridor in the front, I wonder if more animal exhibits will be spread around the area. I’d like that. 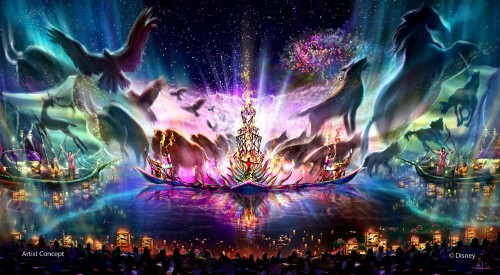 The Rivers of Light water show should be impressive, but as you can see, the amount of work to transform that area into one suitable for holding the amount of crowds that area expected is significant. No official date has been announced, but I have heard that opening has been pushed back to sometime in 2016 instead of late 2015, which I believe was the original target.

Sadly, construction on Avatar: The Worlds of Pandora is completely hidden from guest accessible areas. My understanding is the pace of construction has slowed to match the movie’s delayed release dates. But they are just about done with horizontal construction and ground prep and will soon do some vertical work.

In addition to the in-park work, Disney’s Animal Kingdom has almost finished added more parking spaces to their parking lot, filling in what used to be the grassy areas. I think they’re going to have to do more than that, however. As those areas have been know to fill in on the super-busy days. 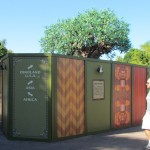 Lots of walls around Discovery Island 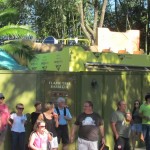 A new small building being added near Flame Tree BBQ

Plenty of activity clearing away old exhibit behind that wall 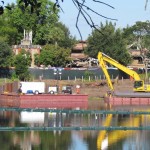 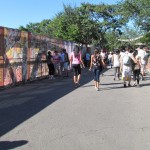 The area around Expedition Everest has the best walls 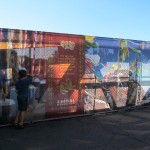 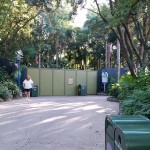 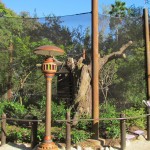 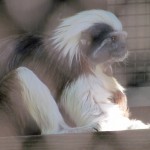 cute little felllow hanging out in his new exhibit

Thanks for coming along on this visit. We’ll check back in next month to check out the Xmas decor and further updates on construction at Disney’s Animal Kingdom.