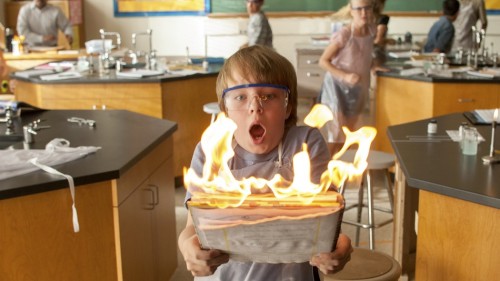 This weekend saw “Gone Girl” hold the number one position at the Box Office for its second week with $26.8 million. Universal’s Dracula Untold came in second with $23.5 and Disney’s attempt at some family friendly counter programing with “Alexander and the Terrible, Horrible, No Good Very Bad Day” arriving in third with $19.1 million.

That’s a shame because, as I said in my review, it plays above expectations. But expectations are what drives people to the box office.

If you saw Disney’s “Alexander” this weekend, what did you think? Will you help get the word out to your friends and family so the film does better over the coming week?

In other Disney related box office news, “Guardians of the Galaxy” opened in China and the film added $28 million at the international box office. This puts the worldwide total just over $700 million (or pretty close). I hope James Gunn gets the creative juices flowing soon. He’s writing a script for the Guardians sequel.