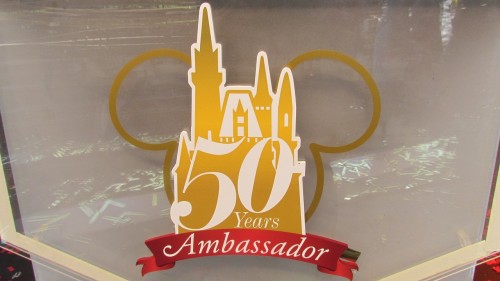 50 years ago Disneyland introduced the Ambassador program. Walt Disney wanted a host to act as a representative of the park for community events, tv shows, as well as to play host to VIP guests and foreign dignitaries.

That first host was Julie Reihm (now Casaletto), one of the park’s tour guides. Julie was hand picked by Walt for the job. These days, it’s a bigger production, but the role is the same–Represent your Disney resort out in the community.

Here’s Julie with Walt Disney as he introduces the Pirates of the Caribbean attraction:

Both Disneyland and Walt Disney World just held ceremonies to announce their new ambassadors. At Disneyland, the first Ambassador was on hand to welcome the latest pair, Jessica Bernard and Allie Kawamoto. 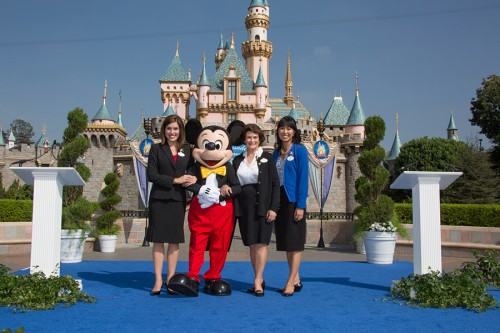 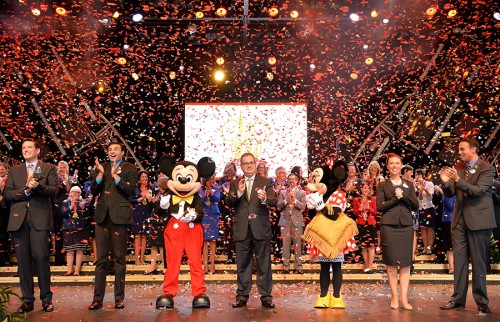 At Walt Disney World they invite all former Ambassadors to take the stage. They were given special medals to commemorate the anniversary. 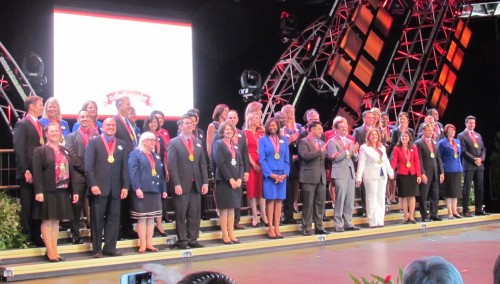 We were invited to the Walt Disney World ceremony and were able to ask the new ambassadors a few questions.

Have you ever worked at a Disney theme park? What was your role?