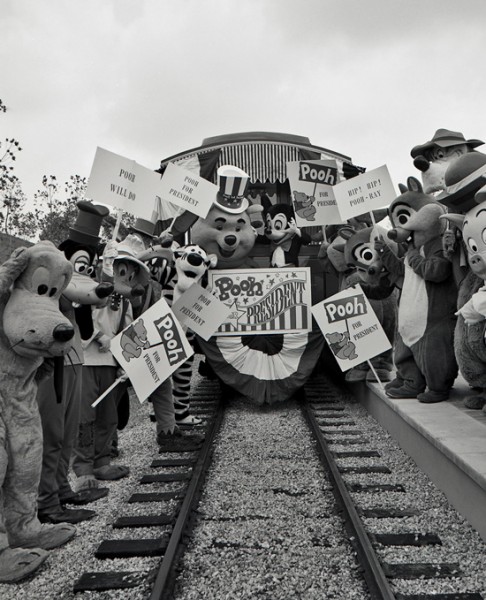 2016 is the United States of America’s next opportunity to elect a new President. But if a candidate is serious about running, they’re already laying the ground work now. Did you know that Winnie The Pooh entered the presidential race four different times. First in 1968, then in 1972 (on the children’s party ticket), 1976 and again in 1980. His presidential promise was to put “hunny in every pot.”

I definitely remember the 1972 parade at Disneyland. Not quite sure what year this photo is from though: 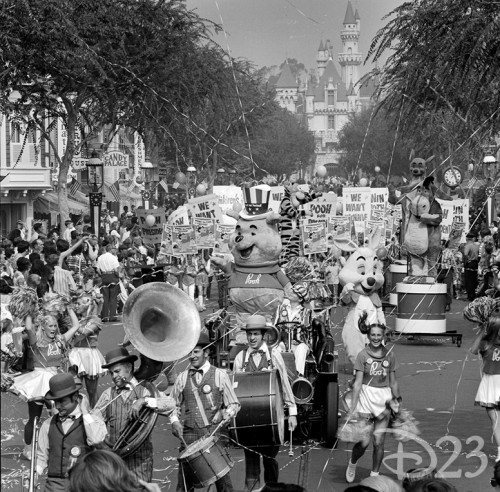 The Disney character universe has widened significantly since then. The Muppets, Pixar, Marvel, and Lucasfilm have joined the gang. Which character from Disney’s long list of characters should enter the 2016 race, and what would their presidential promise be?