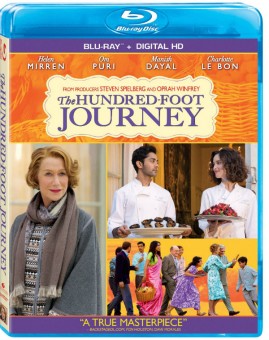 From producers Steven Spielberg and Oprah Winfrey comes the deliciously entertaining The Hundred-Foot Journey, available for pre-order today with delivery on December 2, 2014.

Based on the best-selling novel by Richard C. Morais, the film stars Helen Mirren as Madame Mallory, the chilly chef/proprietress of the Michelin-starred Le Saule Pleureur restaurant located in a quaint village in the south of France. All is well until the Kadam family migrates from India to the village, and Papa opens up Maison Mumbai, an Indian restaurant, only a hundred feet from her own doors.

To add to the complications, Papa’s son Hassan falls for Mme. Mallory’s sous chef Marguerite, and is also a fine cook in his own right – a fact noticed by the Madame, who takes him on as a prodigy.

This flavorful tale of cultural differences, shared passions, and the unifying nature of food makes this movie a delight for all.

In addition to the film, the Digital HD and Blu-ray Combo Pack come with the following bonus features: 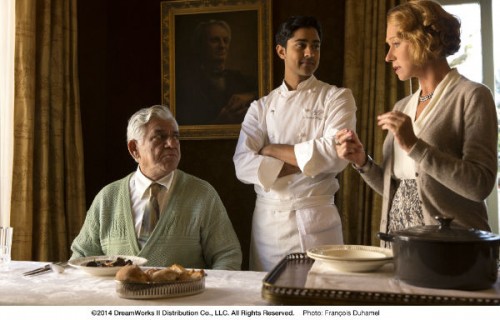 The DVD version comes with “The Recipe, The Ingredients, The Journey” bonus feature.

If you’re unfamiliar with the movie, here is the DreamWorks Pictures trailer for the home release:

To whet your appetite for the Blu-Ray and Digital release, DreamWorks Pictures and Walt Disney Studios were kind enough to provide the following recipe card for one of the dishes in the film: 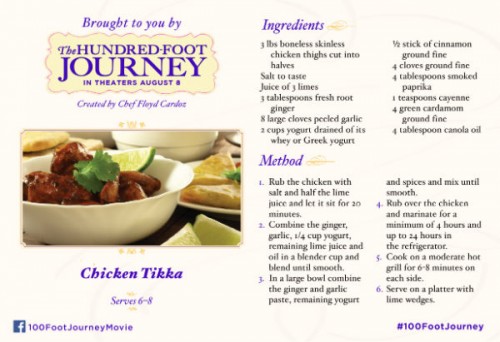