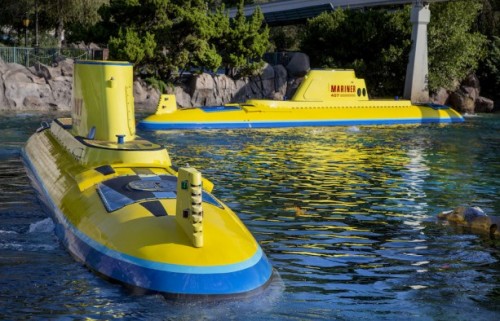 Disneyland’s Finding Nemo Submarine Voyage official reopened from a long refurbishment on September 27th. To accomplish the updates to the attraction’s scenes, rockwork and coral over 5 million gallons of water were drained from the lagoon.

If you’re thinking that seems like a giant waste of water while California is in a drought, you’re right. So you’ll be happy to know that Disneyland recycled that water via a partnership with the Orange County Water District (OCWD).

Disney drained the lagoon and the water was treated and stored instead of released to the ocean through storm drains. This same system is used when California Adventure has to drain its lagoon. The water enters the OCWD’s Groundwater Replenishment System and is purified then added to Orange County’s underground aquifer, which is tapped by the county for use in homes and businesses across the count.

When Disney needs the water back, they tap the same system. So technically, they’re not filling the lagoon with the same water, but rather treating the OCWD’s system like a bank, making a deposit, and making a withdrawl of an equal amount later. I guess that’s better than the alternative, and cheaper than Disney having to find some way to store that water on its own to reuse it.

Do you feel better about riding on Finding Nemo Submarine Voyage now that you know the water was recycled and not wasted?