Once Upon A Time – Season 4 Extended Preview 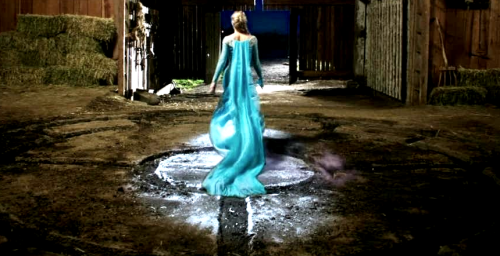 The first extended promo for season four of ABC’s hit series “Once Upon A Time” is now out. Watch to get a sneak peak at a few of the new stories that will show up in Storybrooke beginning September 28th. Characters from Disney’s Frozen make an appearance.

Will you be watching this season?

We also now have the plot synopsis for the first episode of the season (spoilers, of course): 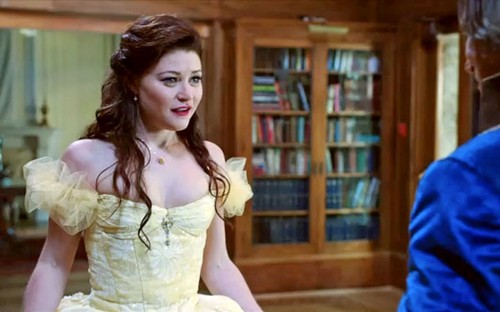 Master storytellers Edward Kitsis and Adam Horowitz (“Lost,” “Tron: Legacy”) invite everyone to join Emma Swan, Snow White, Prince Charming, The Evil Queen, Hook and all the other resident fairytale characters as they prepare to defend themselves against a magical force from the past that’s too unpredictable even for Rumplestiltskin – Elsa, the Ice Queen from Arendelle. And now that Emma has brought back Robin Hood’s wife, Marian, and possibly sparked the end of Regina’s relationship with him, will Regina return to her old, evil ways and do everything in her power to get even? And newlyweds Belle and Rumplestiltskin continue to be deeply in love with each other. But Rumple is hiding a secret from Belle — one that, if found out, could destroy their happiness – he continues to be the master of the dagger that calls upon him to be the Dark One. Can Emma and Hook commit to one another, and can these two damaged people take their love to the next level? Mary Margaret and David have a new baby, Prince Neal, and are looking forward to raising him into a proud, brave and loving adult. But they are still sad that they were not able to do this with Emma, instead helping her escape the curse when she was first born and not meeting her again until she was 28 years old. Henry is very happy to have both of his mothers back in Storybrooke. But with biological mom Emma and paternal grandfather Rumplestiltskin’s blood running through his veins, he will be tested by both the light and the darkness. Finally, Will Scarlet (Michael Socha, “Once Upon a Time in Wonderland”), a former member of Robin Hood’s band of Merry Men, has traveled across many lands to make his way to Storybrooke. He finds himself intertwined in the goings-on in town for the first time as his mysterious past pushes him to an unknown future.

In the season premiere episode, “A Tale of Two Sisters,” a scared and confused Elsa finds herself in Storybrooke and, fearful of the intentions of its residents, creates a powerful snow monster for protection. With Robin Hood’s wife, Marian, back in the picture, Regina wonders if her “happily ever after” with the former thief has been completely quashed; while on their honeymoon, Mr. Gold finds an intriguing object that makes him question whether or not he should officially give Belle control over the dagger that makes him The Dark One, and Hook is dismayed to discover that Emma seems to be avoiding him while she tries to help comfort Regina after being the one responsible for bringing Marian back from the past and into Storybrooke. Meanwhile, in Arendelle of the past, as Elsa’s sister Anna’s wedding to Kristoff nears, Anna discovers that their parents – who died on-ship during a violent storm – were heading to a mysterious destination in a quest that may have held the secret to containing Elsa’s out of control Ice powers. And against Elsa’s wishes, Anna wants to finish their journey to find out what they were looking for, on “Once Upon a Time,” SUNDAY, SEPTEMBER 28 (8:00-9:00 p.m., ET) on the ABC Television Network.