A Good Day on the Set of Disney’s “Alexander and the Terrible, Horrible, No Good, Very Bad Day” 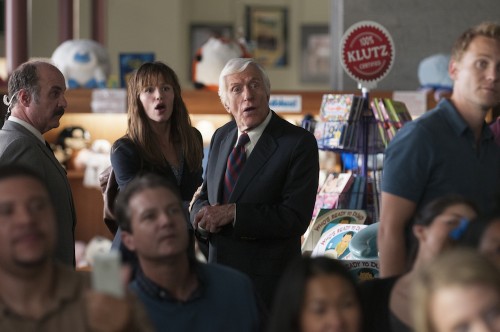 Who among us has not had a day where everything that could go wrong does go wrong? We shake our fists at the sky, make desperate pleas into the night, and wish upon stars for mercy, understanding, and just one thing to go right. It happens to all of us, some more than others.

Alexander knows what I’m talking about.

Thankfully, those days are often countered by peaks of goodness and wonder which is how I found myself standing outside Pasadena’s famed Vroman’s Bookstore exchanging pleasantries with Dick Van Dyke and following him onto the set of Disney’s adaptation of Alexander and the Terrible, Horrible, No Good, Very Bad Day.

Some good days are better than others. 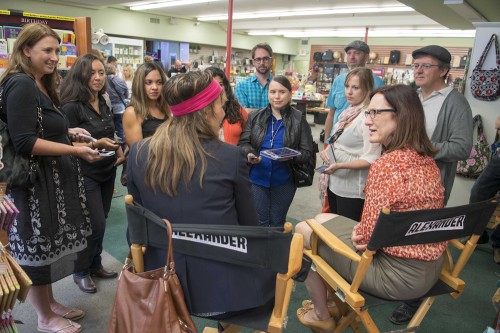 I was with a group of writers from this very Internet (I’m the guy with the beard and the hat), and together we watched Dick Van Dyke and Jennifer Garner (who totally remembered me from our Timothy Green interview, so I’ve got that going for me) film a scene in the bookstore before a crowd of extras, employees, and real-life shoppers.

The scene was a lot of fun, and while I’m not one to be starstruck I admit to getting more than a few goosebumps when Dick Van Dyke entertained the room between takes by stepping into a bit of soft-shoe and singing a few lines inspired by his role in Mary Poppins. That was a moment.

Jennifer Garner, who stars alongside Steve Carell, was impressed by Dick Van Dyke, too. “He’s . . . I mean, he’s really—I love musicals and I love music, movie musicals, and my kids do as well, so he’s the big deal for me. I’m really excited.”

“He’s just perfect,” added Producer Lisa Henson (yes, that Henson). “Also, we all, every single person on set, wanted to meet him.”

We also chatted with Alexander himself, the young Australian actor Ed Oxenbould, who kept it very real by admitting that prior to being cast he had never read the book, rather he had seen parodies of it in MAD Magazine, which sums up my 5th grade reading list as well. See, even the actor playing Alexander is relatable! That’s Disney’s attention to detail. 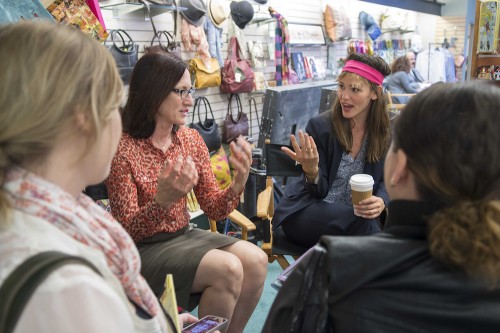 The film looks to be a lot of fun for the whole family, as evident by this exchange between Garner and Henson:

“I think all kids need to know it’s okay to have a bad day. It doesn’t define you,” said Garner. “It doesn’t mean your life is horrible—that grownups have them, too—and that you’re still loved even if you are rotten in the middle of your horrible, awful, very bad day.”

At that Jennifer Garner smiled and nodded. “Everybody’s loved,” she said.

I think everybody will love that.

Alexander and the Terrible, Horrible, No Good, Very Bad Day is rated PG and opens in theaters on October 10, 2014.

Here’s hoping that your day is going along swimmingly.