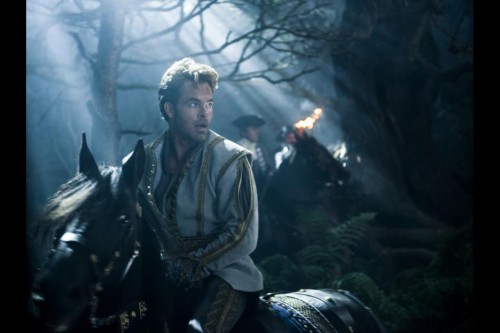 Disney has a good record with movies based on a real life adventure. Their next film in the genre will be “The Finest Hours” which is based on a 1952 rescue during a heavy storm of more than 30 sailors by a few brave Coast Guard members. The movie will star Chris Pine (Captain Kirk in the new Star Trek movies) who just completed filming “Into the Woods” for Disney. Also cast are Casey Affleck and Holliday Grainger.

The thriller, which will be directed by Craig Gillespie (“Million Dollar Arm,” “Lars and the Real Girl”), will shoot on location in Quincy and Chatham, Massachusetts.

The movie is based on a true story. In February of 1952, one of the worst storms to ever hit the East Coast struck New England, damaging an oil tanker off the coast of Cape Cod and literally ripping it in half. On a small lifeboat manned with four members of the Coast Guard, faced frigid temperatures and 70-foot high waves, as they set out to rescue the more than 30 stranded sailors trapped aboard the rapidly-sinking vessel. “The Finest Hours” is the story of their heroic mission, which is still considered the greatest small boat rescue in Coast Guard history.

“We are thrilled to be able to film ‘The Finest Hours’ on location in Massachusetts, and are grateful to the Massachusetts Film Office for all their support,” says Aufiero.

Production on “The Finest Hours” is scheduled to begin in September for a release in the fall of 2015.