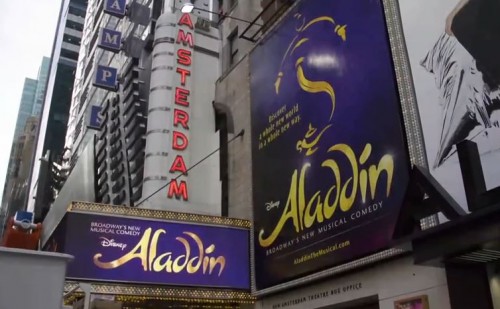 Normally, the Genie from Disney’s Aladdin the Musical is busy granting wishes to Aladdin (and sometimes Jafar), but to help celebrate Broadway Week in New York City, Genie and the cast of Aladdin on Broadway extended the magical power of the Genie’s wish to an unsuspecting couple in the audience.

Now that’s pretty bonus for James M. Iglehart. Not only do you get to play The Genie, you get to make real wishes come true.

Which trip would you have chosen, Disneyland, Walt Disney World or Aulani?