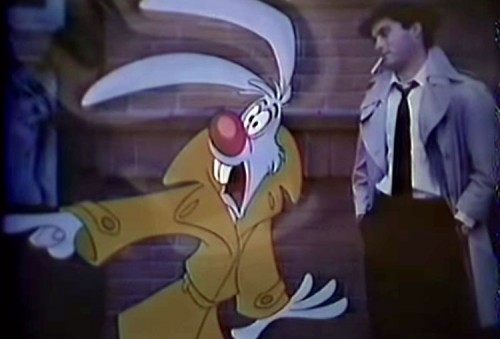 The movie “Who Framed Roger Rabbit” went through a couple of development cycles before landing on the final 1988 version that was a collaboration between Speilberg’s Amblin Entertainment and the Walt Disney Studios. Some new test footage from the version that was being worked on by Disney animation between 1981 and 1983 was just uploaded and it’s fascinating.

In this video, Roger not only looks different, he’s voiced by non other than Pee-wee Herman, aka Paul Reubens.

There’s a lot of concept art, but also some full animation sequences, which is pretty cool to see.

Okay, that Jessica Rabbit design was a bit shocking too. What did you think?

Would you like to see that long rumored sequel to Who Framed Roger Rabbit finally make it into production?