College Humor, one of the internet’s leading sources of fantastic funnies, wondered how the obituaries would read for some of Disney’s greatest villains. Gaston is my favorite, but they also take on Ursula, Scar, and Charles Muntz, to name a few.

I like this idea. How would you write the obituary for classic theme park attractions that have now passed on to yesterday-land.

The sometimes zooming, but never getting anywhere, Rocket Rods have ended their noisy run across the skyways of Tomorrowland. While the idea to re-animate former Peoplemover track with a new attractions was good at its heart, the racy rocket version failed to account for the main charm of the original attraction — that not really going anywhere was okay, because the journey itself was relaxing. It’s hoped that Disneyland will figure out how to bring some of that charm back with an updated version the people mover in Anaheim. 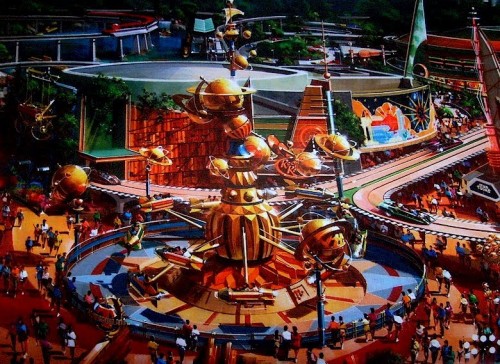 Eulogize your favorite former attraction in the comments below.