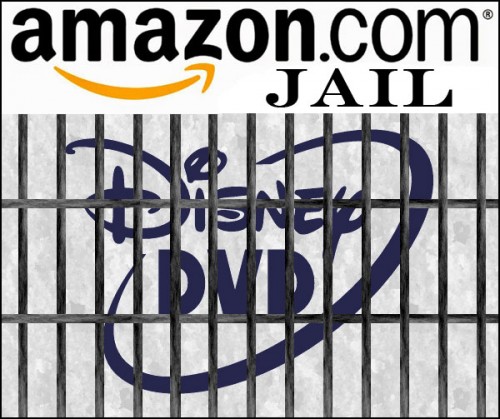 Once again, Amazon is picking a fight with a company over sales of a product, and this time, they’ve chosen to go up against Disney.

According to a story by Deadline.com, Amazon is trying to renegotiate its contract terms for a bigger slice of the sales by refusing to sell DVD versions of upcoming releases by Disney, such as Captain America: The Winter Soldier, Maleficent, Muppets Most Wanted, Million Dollar Arm, and Agents of S.H.I.E.L.D. Season 1 via its US site.

Amazon is still selling these releases as Instant Video selections, but if you want a physical copy of the release on DVD, you’ll have to go to other retailers like Best Buy, Target, and Walmart.

Earlier this year, Amazon tried the same tactic with Warner Bros., and made new releases like The Lego Movie unavailable to order on DVD. The two sides eventually came to terms, and the DVD is now available via the online retailer.

Personally, I’d been wondering why all of my Disney and Marvel wishlist items were still not showing as available, even though release dates had been announced. If you have too, now we know why this is happening.

No word on how long this dispute will last, so if you want to get any of the upcoming Disney titles we mentioned on DVD/Blu-ray on their release dates, you might want to consider purchasing some place other than Amazon.

What do you think of Amazon’s tactics?

previousDisney and its Cast Members donate 2.5 million back-to-school supplies in Central Florida
nextJames Gunn interviews cast of Guardians of the Galaxy about himself