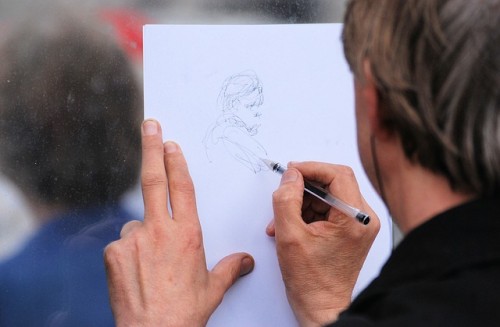 It was a sad day when Walt Disney Animation Studios let the vast majority of its traditional hand-drawn animation staff go. Those who didn’t transition to digital had to find jobs at other studios or in other lines of business. But that’s not to say Disney has completely abandoned the hand-drawn art form. A wonderful article in FastCompany explains why the studio continues a tradition in started in 1932, free life drawing classes for its animators.

One of the instructors is Kark Gnass:

“You can draw animation and gesture without life drawing, but life drawing skills give you proportion, structure, perspective, and a certain vitality through rhythmic gestures,” says Gnass, a former Disney TV storyboard artist who has taught at Disney since 1995, as well as DreamWorks Animation, Sony Pictures Imageworks, and Nickelodeon, among others. “You can’t achieve dynamics without bones and structure, and in order to have structure you need to study it. From there one can extend out in any direction towards any style.”

Doing the work of life drawing is important to developing your own style says instructor Dan Cooper.

“Many young artists are looking for an easier way out and study styles of existing animators, as opposed developing their own,” he says. “Doing something that involves the figure, you want to have it based on a little reality as opposed to a stylization or distortion of someone else’s truth. That’s like getting information secondhand. You need to do the same thing they did, which is to work from live models and find your style.”

Here’s the full panel from Wondercon. Should be required watching for anyone dreaming of becoming an animator.

Inspired to pick up a pencil?

previousGuardians of the Galaxy: Zoe Saldana is Gamora, the film’s real Hero and the best thing to happen to Marvel and Disney
nextCould Southwest Airlines Turn to Disney After Leaving SeaWorld?