Could Southwest Airlines Turn to Disney After Leaving SeaWorld? 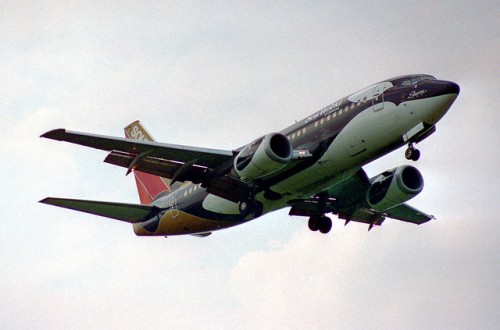 Southwest Airlines and SeaWorld recently mutually agreed to end their multi-year marketing partnership. No more airship Shamu. Disney currently has similar partnerships with WESTJET (see Sorcerer Mickey), but what if SWA wants to move in on that deal?

It could happen, one of my anony-“mouse” sources says Mickey Mouse, dressed in his Aulani outfit, was spotted at Southwest Airlines headquarters yesterday. Since SWA does not currently fly to Hawaii, it makes me wonder. Disney and Southwest do currently have a travel package arrangement, but Disney has that with a number of airlines.

It could be Disney about to welcome Southwest as a major new domestic airline partner? or is SWA planning on expanding to Hawaii? Either way, it could be a great opportunity.

Southwest is known for wrapping their planes to look like state flags, shamu, etc. If you could design the first Disney themed Southwest air plane? What would it look like?

2 thoughts on “Could Southwest Airlines Turn to Disney After Leaving SeaWorld?”