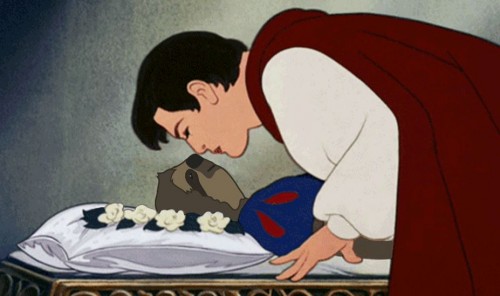 Today’s bit of Disney weirdness are sloths substituted for your favorite Disney Princess. Created by Buzzfeed’s talented illustrator Jen Lewis, these examples show an alternate reality where sloths have their own movies in place of Disney princesses. I think Lewis is trying to make some sort of statement about women as objects, but it’s not entirely clear. The idea is pretty funny though, so there’s that.

You may also enjoy Lewis’ post “If 13 Disney Movies Were Written for Twentysomethings.” I’m pretty sure I’d watch a film called “Ramen Hood.”