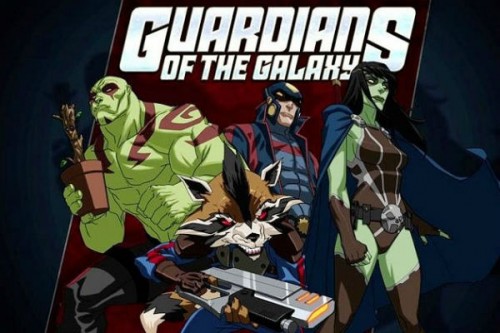 It was also announced at SDCC’14 that the Guardians of the Galaxy would be appearing in both their own games, and as characters in the popular Disney Infinity 2.0. Marvel has even released a promo trailer showing them as the newest Infinity play set:

They will also appear as a character choice in Marvel Pinball. In the game, the Guardians clash with the evil Ronan. See it for yourself in the promotional video from Marvel:

Given the choice, which Guardians character do you take into battle? Lots of fun to be had in animated form with the Guardians of the Galaxy, which will hopefully keep interest strong until the movie sequel hits theaters in July 28, 2017.