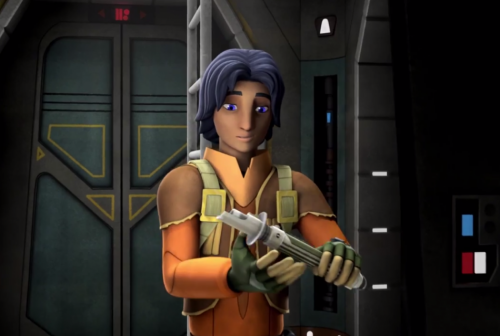 Star Wars Rebels, a new animated tv show coming to Disney Channel and Disney XD in October, fills the gap between episodes III and IV. The Jedi have been wiped out and the Empire spreads tyranny through the galaxy. Hope runs thin. But on the small planet of Lothal a big change is looming. A group of rebels meet a 14-year-old con artist named Ezra and soon it’s clear their destinies are linked. Aboard their ship, the Ghost, Ezra and the rebels embark on an adventure to ignite a rebellion and strike back against the Empire.

We recently learned that Jason Isaacs will join the show as The Inquisitor. One of the main bad guys for the series.

The Holonet is active and helping promote the show too.