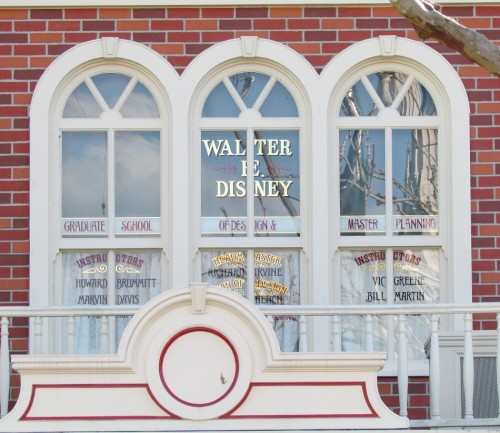 Rich Pope of the Orlando Sentinel has put together a fun look at one of the Magic Kingdom’s often overlooked features, the Main Street windows. They’re like the credits to the film, only for the theme park.

My grandfather has the honor of having his name on the second Walt Disney window, pictured above. Vic Greene joined WED Imagineering in 1954 or 5. Among other projects, he worked with Ken Anderson to paint sets in the Indian Village at Disneyland. He steadily rose through the ranks to eventually become Vice President in charge of construction as Walt Disney World was being constructed. He died when I was three, so I never really got to know him. But I feel like I know him a little more every time I experience one of the parks or attractions he had a hand in.