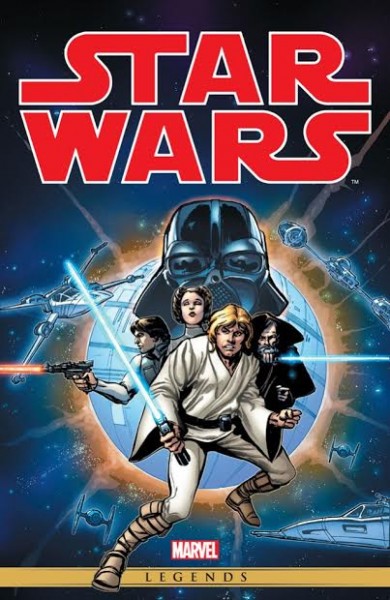 In an attempt to curb the inevitable backlash at the announcement that the Star Wars comics would be leaving Dark Horse, Marvel was quick to remind everyone that the comics set in a galaxy far, far away started with them.

Now, Marvel has announced that the entire run of Star Wars comics will be collected together and available early next year. Star Wars: The Original Marvel Years will include Star Wars #1-44 and Star Wars Annual #1. The stories themselves begin with Episode IV: A New Hope and end with Episode V: The Empire Strikes Back but there are a lot of adventures in between. From space pirates to bounty hunters and even an appearance by Jabba the Hut (who, apparently, had not grown into his second “t” at that point) these comics continue the adventures of our favorite heroes as Luke goes back to Tatooine, Leia fights alone and Han and Chewie play the Big Game.

“With Star Wars poised to return to its comic book home, what better time to revisit the first adventures of Luke, Leia, Han, Chewbacca, C-3PO, R2-D2 and, of course, Darth Vader?” says Marvel Editor In Chief, Axel Alonso. “I am extremely proud to present these original Star Wars stories, told as only Marvel can, in the first in a massive and glorious Omnibus series.”

I like that they’re reprinting these old comics, but I wish they were split into smaller volumes. Having all of the comics in one big volume may look nice, but it also makes it well out of my price range.

What do you think of Marvel’s first move since getting the rights back to the Star Wars comics?