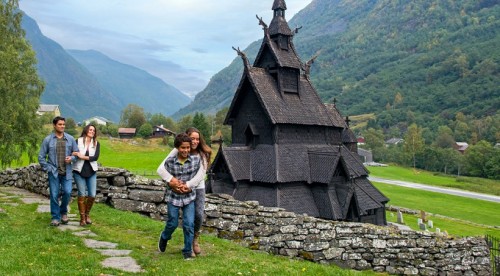 The other day we wrote about a Norwegian newscast lamenting the fact that the Norway Pavilion at EPCOT was at risk for being handed over to rules of Arendelle. As it turns out, that may not be a bad thing for Norway’s coffers. Disney’s Frozen has been responsible for a significant surge in travel bookings to Norway.

Tour operators like Wilderness Travel have reported a 20% to 40% increase in sales to Norway for the 2014 season, according to VisitNorway, the country’s tourism marketing organization.

Virtuoso reported a 65% in increase of sales to Norway for this summer, and total arrivals from New York at the international airport in Oslo for the first quarter of 2014 were up 57% over last year, according to VisitNorway.

Disney and Norway’s travel bureau, VisitNorway, have partnered to capitalize on the success of Disney’s Frozen. In addition to new Disney Cruise ports in Norway, Adventures by Disney has also added trips to the country’s scenic fjords.

It may not be such a bad thing for Norway to hitch a ride on the coat tails of Disney’s most successful animated film. I just hope they’ll decide to start paying for their EPCOT pavilion with all that new tourism money that’s rolling in.