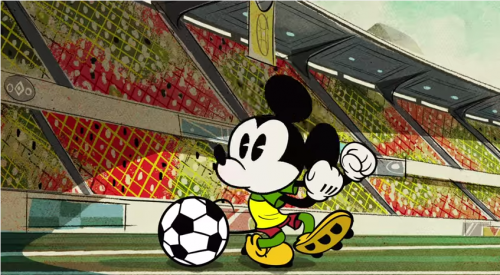 Sports fans worldwide are gearing up for the start of the World Cup this month, and in honor of the competition, Disney has released a video short starring Mickey Mouse called “O Futebol Classico.”

In the video, Mickey’s dream of watching the futebol/football championship in Brazil is put in jeopardy when his view is blocked. His attempts at finding a better seat progressively get him into more trouble, but it all has a happy ending.

Here is the video, courtesy of DisneyShorts: