The Baking of The Star Wars Cupcake Video 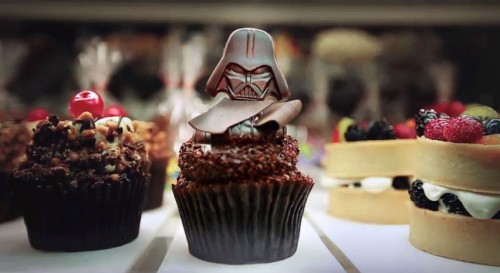 Disney has released a new film that goes behind the magic and presents the making of the Star Wars Weekends viral video released last week. If you don’t recall, it features a Darth Vader cupcake slicing and dicing its way through a dessert case in Disney’s Hollywood Studios bakery. Turns out they actually filmed it inside the bakery itself.

That crew seemed to be having a good time. That’s for sure. I would have gained 5 pounds just from inhaling all that sugar that was exploding everywhere.