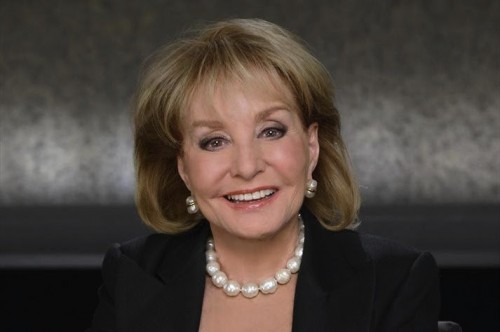 Television legend Barbara Walters will make her final scheduled TV appearance on ABC this Friday, May 16. All week long “The View” will be celebrating the news and host icon and trailblazer culminating in a TV special “Barbara Walters: Her Story.” Once known as the interviewer who could make any subject cry, Walters was also a respected broadcast new journalist. In 2008, she was named a Disney Legends. Now, at age 84, Walters will step down from her regular hosting duties

Beginning Monday May 12, after 17 incredible seasons, 3,811 shows and 10 different female panelists, Barbara Walters says farewell to live daily television with her final co-host appearance on “The View,” the daytime program she created for ABC. Behind-the-scenes, Walters’ will continue to be an active part of “The View” in her role as executive producer along with executive producer Bill Geddie, her producing partner of more than 25 years.

The special weeklong event “ABC: A Barbara Celebration” kicks off live on Monday as “The View” honors the broadcast legend during her final days as co-host. The cameras are turned as Barbara Walters candidly answers questions about her own incredible, unparalleled life and career, both on screen and off. It is a rare look at the broadcast legend, told from her point of view.

“Barbara Walters: Her Story,” a two-hour ABC primetime special, airs Friday, May 16 (9:00 – 11:00 pm ET) on ABC. The special includes classic clips and memorable moments from throughout her career, some of which has not been seen in decades, including from “The Today Show,” The ABC evening news, “20/20,” The Barbara Walters Specials, “The 10 Most Fascinating People,” and “The View,” as well as many surprises throughout the two hours.