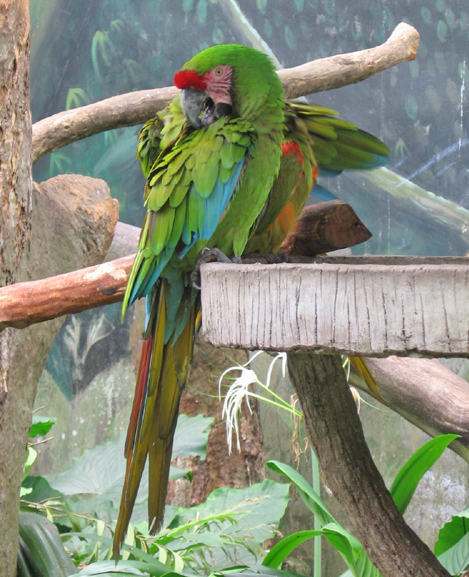 A new bird show at Disney’s Animal Kingdom called “Winged Encounters – The Kingdom Takes Flight” will debut this summer. It will feature multiple flocks of macaws who will fly over and around Discovery Island. To test and train the birds, the majestic macaws can already been seen some mornings taking flight in the park.

The show is the creation of Disney Creative Entertainment and the team that entertains guests at the Flights of Wonder Show. The show will feature six types of macaw: hyacinth, green-winged, blue and gold, scarlet, blue-throated and military. Macaws can have wing spans of up to 60 inches, so it should be very impressive.

During and after the show, up-close encounters will also be available with avian experts. Guests can ask questions about the birds and learn how Disney is helping to conserve the native habitat in Central and South America. Unfortunately many macaws are endangered, so it is important to see them in their glory, and then take action to preserve that glory for future generations.

In case your wondering, Flights of Wonder will still be part of the magic, at least for the near future. No official starting date for “Winged Encounters – The Kingdom Takes Flight” was announced, but sometime this summer is expected.