Once Upon a Time – Season 3 Finale Preview 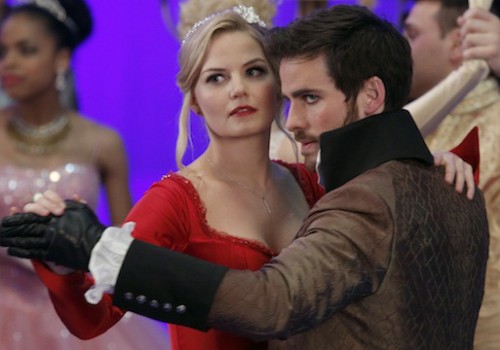 We are down to the final two hours of Once Upon a Time‘s third season, and we get them both on Sunday night. The show starts at the usual time, but goes an hour later. I’m hearing this was always designed as a two hour mini-movie, and I’m very excited to see just where we wind up.

The last episode ended with Mr. Gold stabbing the supposedly powerless Zelena. However, instead of killing her, it seemed to do something to not only give her magic again, but start the time portal she’s spent this half of the season trying to open.

When Zelena goes back in time, somehow Emma and Hook get pulled in with her. They have to stop her and return from Enchanted Forest of the past to Storybrooke of the present without changing anything. That will be a challenge.

Look for some familiar faces to pop back up, including a few characters we haven’t seen for a while. I’m anxious to see how/why they are brought back.

We’re also going to find out the name that Mary Margaret and David give their son, and it’s supposed to have some meaning behind it. Just a thought – Neal perhaps?

Finally, the very top secret final scene is supposed to set the stage for season 4. And yes, ABC just announced on Thursday and Once Upon a Time will be back for season 4.

It’s going to be a jam packed two hours, but I expected nothing less.

My recap will be late since I’m going to be visiting my mom for Mother’s Day, but I will post something at Carstairs Considers at some point next week.