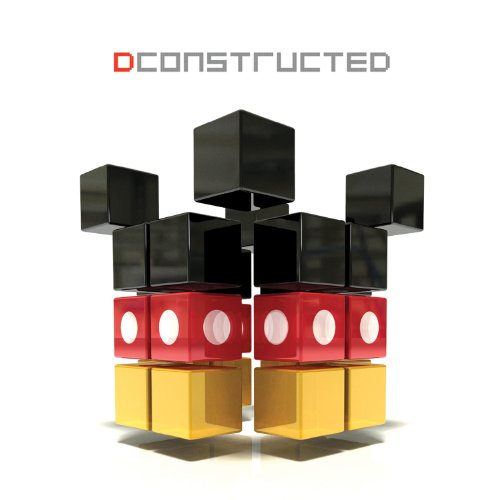 If you head to Amazon today, you can preview a new album of DConstructed Disney Classics via livestream. From Walt Disney Records, DConstructed is a comprehensive compilation of Disney classic and current music remixed by today’s hottest DJs/producers from across the globe. The 14-track collection features reworks of material from the multiple Academy Award-winning films The Lion King and Frozen, as well as two of Daft Punk’s contributions to TRON: Legacy.

Electronic dance music superstars Avicii, Armin Van Buuren and Kaskade are among the artists who have lent their formidable talents to these favorites. The reworked material ranges from more recent favorites like Monsters University, The Incredibles, and The Muppets to classic numbers from the Hawaiiaanette album featuring the beloved Mickey Mouse Club darling, Annette Funicello, Toy Story, Sleeping Beauty, Dumbo, as well as music inspired by the original Mickey Mouse cartoons, and the enduring theme from the Disneyland Park’s Main Street Electrical Parade.

The recognizable cries and roars of The Lion King’s “Circle Of Life” mix headily with Mat Zo’s growling basslines and razor-sharp synth stabs. Daft Punk’s abbreviated “Derezzed” is freshened up with vocals courtesy of Negin and extended with Avicii’s twinkling rhythms. Similarly, the previously unreleased Japanese Popstars Remix of Daft Punk’s “Fall” stretches out that track’s inquisitive beats with layers of echo. The newly minted Oscar-winner for Best Original Song “Let It Go,” is transformed to a peak-of-the-night banger with Armin Van Buuren’s tranced out take on Idina Menzel’s sparkling vocals.

I don’t have a dance club handy, but I did I listen to the album as I did my work this morning and found it easy to get into a flow, which is a sign of good music in my book. Some of my favorites of the album were the Van Buuren take on “Let it Go” from Frozen and the updated version of “Derezzed.” Of course, I’m a big fan of Baroque Hoedown from MSEP, it lends it well to this sort of remix.

Pre-order the album on Amazon today and help support The Disney Blog.

previousWant $1 Million? Throw a Strike and You Could Win It
nextNew Batch of Attraction Poster T-Shirts at Disney Store