We’re less than two months away from opening night of Disney’s “Maleficent”, a retelling of the classic Sleeping Beauty fairytale from the perspective of the wicked fairy Maleficent, portrayed by Angelina Jolie in perfect casting. That means it’s time to really ramp up the marketing machine in the halls of Burbank.

Today I was sent this spectacular banner for the movie. 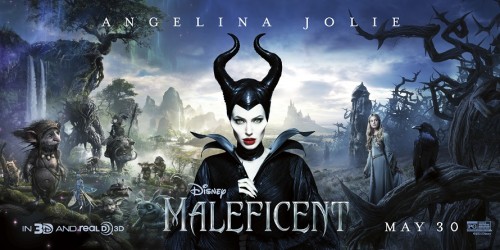 I like that we get a look at some of the other mythical creatures from the movie. Some of them looking very Jim-Henson-esque. What do you think?

By popular demand, you can download the 3000 pixel width full-size version for your desktop or background image.

previousOnce Upon a Time 3-16 Preview: It’s Not Easy Being Green
nextFestival of The Lion King Theater Construction Update