Watch the First 10 Minutes of Captain America: The Winter Soldier 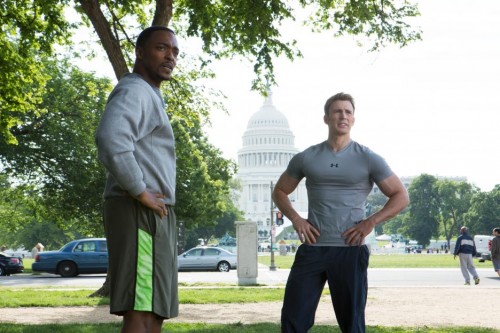 According to last night’s Marvel: Assembling the Universe TV Special, “Captain America: The Winter Soldier” is the last key in the set up for next year’s big Marvel movie “The Avengers: Age of Ultron.” Captain America has already come a long way from his first film, not just in time, but in maturity as a super hero, but The Winter Soldier promises to change the perception of just what it means to be a hero in today’s world.

Marvel and Disney have released the first 10 minutes from the film. We’ve already seen some of this, but it’s great to see Cap in action with his new support team. We also get our first look at how Steve meets “The Falcon.”

If the rest of the film lives up to the first 10 minutes, then we’ve got a lot to look forward to. The only question now is, will you see it in 2D, 3D, or IMAX 3D come April 4th?

previous30 Years Into The Future In A Galaxy Far, Far Away
nextAwesome Parents Lip-Sync “Love is an Open Door”