Episode Preview: Castle 6-18 – The Way of the Ninja 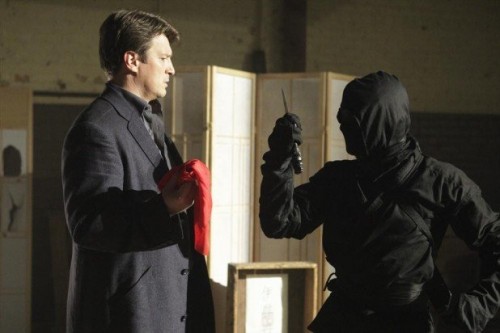 It’s Dancing with the Stars premier week, so obviously we get a new episode of Castle. This one is looking to be a fun one.

The victim this week is a Japanese ballerina. As the investigation gets going, it looks like she was killed by a ninja.

Now I’m sure that fact will excite Castle until he learns that the ninja is now targeting him and Beckett. Actually, hold that thought. I can imagine this leading to a discussion about how it would be a cool way to die. Castle might be just as excited about that.

Whether or not he reacts that way, I don’t know. It does sound like a fun episode, and since last week’s episode was so dark, I fully expect something fun and light this time around.

But we’ll see if that’s what we get at the usual time on Monday night. I’ll be recapping on Tuesday, so hit me up with your thoughts over at Carstairs Considers.