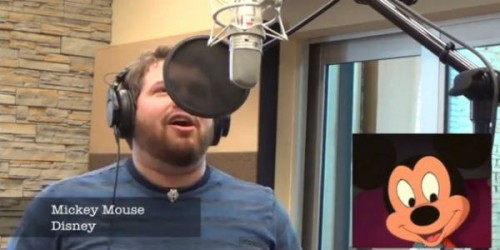 There have been hundreds of versions of “Let It Go” performed on YouTube, but this quite possibly could be the most awesome version of the song yet.

Performed by Brian Hull, this version is done as if performed by a host of Disney and Pixar characters, ranging from Scar, Timon and Pumba to Winnie the Pooh and Tigger, too. Mickey, Minnie and Goofy also make an appearance. I’d have to say most of the impressions are spot on, too.

So close your eyes and listen along to this Disney-fied version of Frozen’s hit song, “Let It Go”: