Walt Disney Animation Studios (WDAS) carries a heavy load when it comes to the legacy of Walt Disney, his brother, and the early pioneers of feature animation. After Walt died the studios has experienced a few ups and downs both artistically (The Black Cauldron) and at box office (Treasure Planet). But they’ve had high points too. Beauty & The Beast even earned a nod for Best Picture at the Academy Awards leading the academy to create a special category just for animated features. The problem was WDAS, the studio that inspired the Oscar, had never actually won that category. That is until Disney Frozen took home the golden statue for Best Animated Picture at this year’s ceremony. 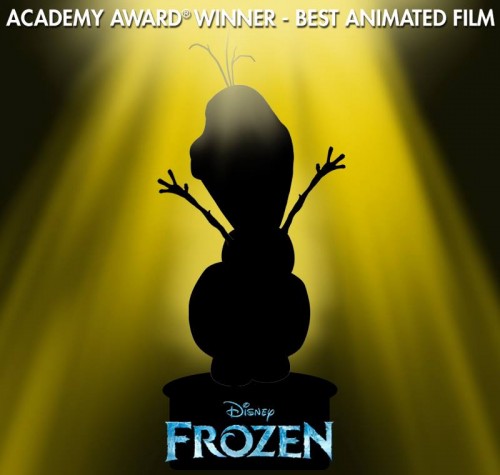 As you might expect, this has significantly elevated the mood at WDAS. The New York Times’ Brooks Barnes has a great piece on the reaction inside the Mickey’s hat building on the Burbank lot. It was a time to look forward, and a time to reflect on where they had come from:

But rather than dwelling on all of that, Disney’s animators on Monday ultimately started partying hearty. Staff members rowdily posed with the Oscar statuettes, while two voice actors from “Frozen,” Josh Gad and Jonathan Groff, gave bear hugs to Mr. Lasseter, who snapped photos with his iPhone.

Read the whole story and then let us know what you’d like to say to the fine animators and staff of Walt Disney Animation in the comments below: