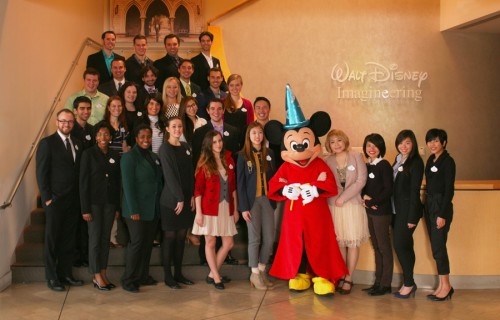 Every year since 1991 the Imagineers at Disney have launched a contest asked college students to send in their biggest, brightest, and most magical ideas for a new park, attraction, hotel, or other concept. The theme this year for the Imaginations Design Contest was to create an idea that will transform and improve a city. They received over 200 applications, and the top six teams were invited to Glendale, California to tour the Imagineer headquarters and present their ideas.

First place went to the team from Carnegie Mellon University, and their winning concept detailed a multinational festival that would link people from all over the world. In second place were the students from California Institute of the Arts, and the team’s idea was about creating a unique way to explore Rome’s art history. And third place went to the students from UCLA, with their idea to bring people from Rio de Janiero together for an Illumination Extravaganza. Each idea sounds interesting and Disney-esque, especially with the emphasis on culture and international events.

The competition is not only great for giving the Imagineers new inspiration for future projects, but it also helps shed light on what the future generations of Disney may look like. What do you think of the winning ideas? Would you like to see these kinds of concepts implemented at Disneyland or WDW?