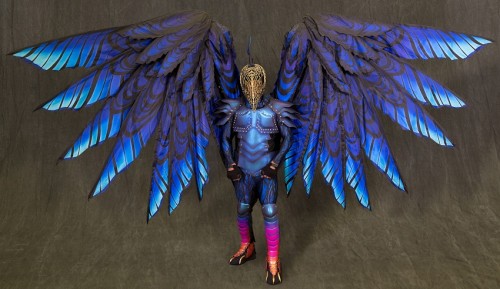 The Magic Kingdom is getting a new parade in March, but this week we’ve been treated to a special preview of a few of the gorgeous floats and designer costumes that will set Disney Festival of Fantasy Parade apart from all others.

A talented team of designers, costumers, and producers is responsible for putting on any parade at Walt Disney World. We were able to speak with a few on the team responsible for bringing this production to life:

It’s obvious they have a passion for delivering excellent show and the talent to pull it off. I can’t wait for March when Festival of Fantasy is expected to premier at the Magic Kingdom.

previousPaul Bettany Will Do Double Duty as Vision in Marvel’s Avengers: Age of Ultron
nextJimmy Fallon Rocks Out With the Muppets on Final Show