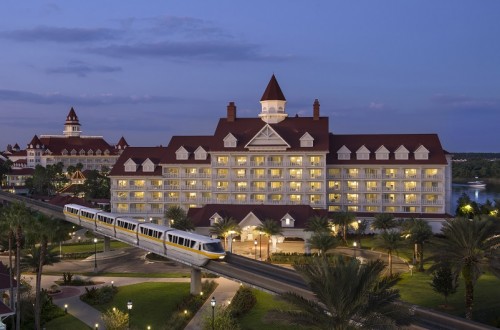 Of all the things I wish I’d known about fifteen or so years ago, is how affordable DVC is to those who plan a trip to Disney World every year or so. I had a friend who was a member, but never thought about taking the leap ourselves. The point is pretty moot now that we live in central Florida. But the parental units would have enjoyed having a yearly vacation to see the grand kid essentially paid for in advance.

Everybody has to discover and come to their own conclusion about the cost benefit of joining the Disney Vacation Club on their own. The numbers make sense for some people and just never line up for others. But now the DVC is sweetening the pot with even more magic for its members with the launch of Membership Magic.

Membership Magic is a new program designed to introduce numerous enhancements for members, create exclusive vacation options across multiple Disney experiences and provide special, money-saving discounts for members to enjoy. The first wave of experiences has officially rolled out, but members can expect to see several ongoing enhancements in the months to come.

“With Membership Magic, we are giving families even more to love about Disney Vacation Club,” said Ken Potrock, senior vice president and general manager, Disney Vacation Club. “We are introducing great new perks, exclusive experiences and other service enhancements that only members and their guests can access. It’s our special way of thanking our members for being such a valued part of the Disney Vacation Club family.”

New benefits start with a discount on APs. From now until April 30, 2014, members can purchase Disney Parks Annual Passes – including the Walt Disney World Premium Pass, the Disneyland Resort Deluxe Pass and the Disney Premiere Passport – at special, discounted rates. Members can visit DVCMember.com to learn more about each offer (including availability and continued access), and access a variety of member discounts on shopping, dining and recreational activities. They may also access the new Disney Vacation Club Member Online Marketplace at any time to shop for exclusive Disney Vacation Club merchandise.

Starting in March, through an association with RCI, enhanced collections of vacation options will be introduced into the Disney Vacation Club mix, growing the number of available exchange vacation spots from hundreds to thousands. For members who purchase directly from Disney, the Disney Collection will also feature an expanded list of Walt Disney World Resort hotels. These are in addition to the existing popular lodging options at Disneyland Resort, Tokyo Disney Resort, Disneyland Paris and Hong Kong Disneyland Resort. Members will also have access to Disney Cruise Line and Adventures by Disney vacations. Additionally, many of the high-quality resorts that members have long enjoyed through RCI and the Concierge Collection now require fewer vacation points and will offer greater availability.

In addition to the vast vacation options previously mentioned, members can also partake in numerous Disney experiences planned just for them and their guests. The following experiences will include opportunities reserved only for Disney Vacation Club:

Throughout the next several months, Disney Vacation Club members can expect to see new enhancements and offerings from the Membership Magic program – including experiences in California, Hawaii and at sea – as it continues to evolve.

Disney has invested a lot of time and money in building amazing resorts for DVC members to call home. These members become a built in audience for Disney. But that works both ways, now that there is a guaranteed set of repeat visitors, Disney has to work harder to deliver the magic. If you’re a member or thinking of becoming one, what do you think of this DVC Membership Magic program?