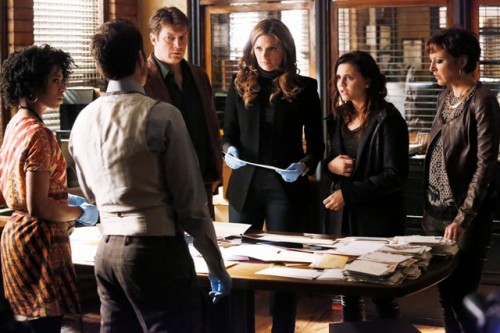 After a couple more serious episodes, it’s time for something light. (Frankly, I’m a little surprised we didn’t get a light episode in the middle since that is the usual pattern.) And light is what we are in for with this week’s Castle.

The mystery revolves around a rising pop star who is found dead in an alley. I’m hearing shades of Miley Cyrus here, which would be super ironic since she started out on a Disney Channel show but is now the model for a murder victim on an ABC show. Either way, I’m sure we’ll be looking at the excesses for music and stars in general. Those episodes always provide some great over the top moments.

On another note, we’ll also see Alexis again and get another appearance from Pi. I almost hate to mention him since he has proved to be so hated. Frankly, I didn’t think he was as annoying as everyone made him out to be, but obviously that is just me. Either way, I’m anxious to see what the next step with his character is.