You really don’t have a choice anyway, as Friday’s groundbreaking ceremony for the expansion makes it all as official as it gets in the world of Disney anyway. 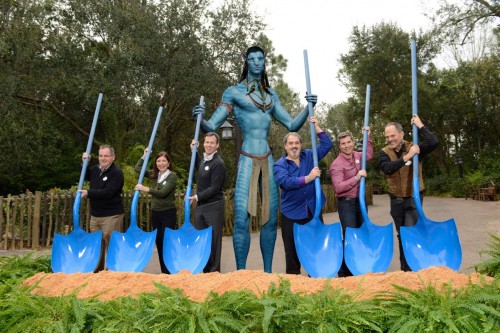 Here are a few of the above talking about the expansion.

It’s very early in the process, but word is this new expansion will open late 2016 or early 2017. I hope they’re able to pull it off faster than that. There’s also the first Avatar sequel, which will hit theaters in 2016, Disney will want to capitalize on the publicity and excitement for that film, so my guess is they’ll shoot for a 2016 opening.

Be honest, what are your feelings about Avatar coming to Disney’s Animal Kingdom now that construction has begun?