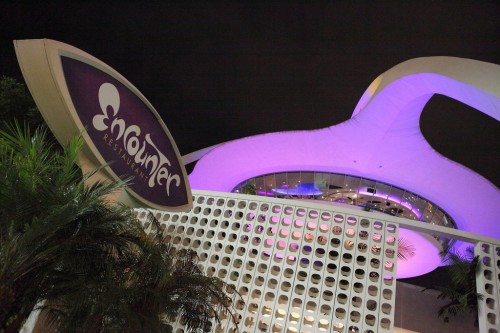 There was a time in the Disney Co’s history when the team at Walt Disney Imagineering was envisioned as something more than a designer for theme parks and resorts, but also as a group that was set on designing the future of technology and culture for society in general. They still do that, but just not as a stated policy.

One of the products of that era was Encounter, a retro-future themed bar and restaurant inside the iconic LAX Theme Building. With the 1997 Imagineering upgrade, the Jetson-y building exterior got a matching interior. It was, I think, a bold move for Disney to essentially farm its Imagineering talents out to a non-Disney environment. At the time, I thought I would rather have had that restaurant inside EPCOT where the Disney brand would shine a little brighter on what is a very cool location. But I also appreciated the experiment and was sad to see that Disney pulled back the reins on other external projects. 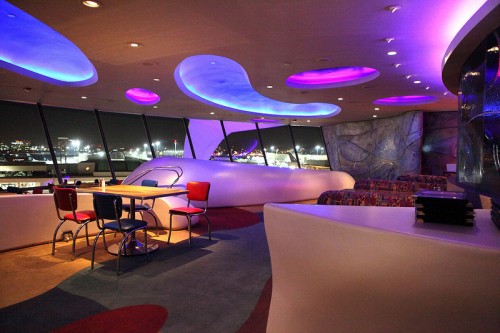 Sadly, the LA Times reports that the restaurant closed in December of last year; victim to the change in traveler habits that resulted from long security lines that any passenger would have to brave to return to their gate after dining and a general improvement in the quality of food offered inside the concourse itself. Whether another restaurant can take over that space and succeed remains to be seen, so far nothing has been announced. 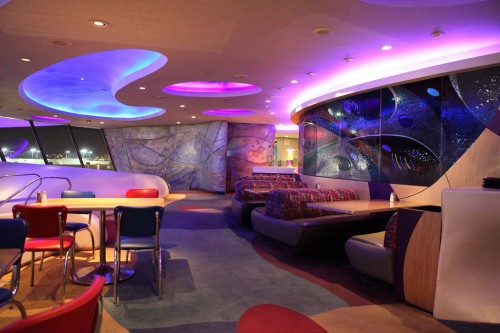 Did you ever dine at Encounter? What do you think about the idea of WDI designing hotels, restaurants, and retail for non-Disney customers?