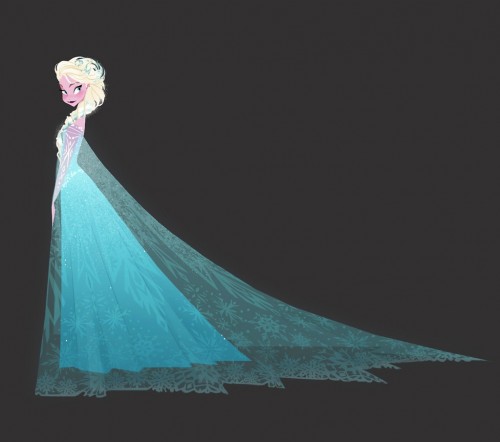 Disney’s Frozen continues to gain new fans with every day at the box office. The songs, the story, the setting, and even the costumes all add up to the total package. Speaking of costumes, a lot of work goes in to ensuring the characters are dressed in something that is iconic and believable. 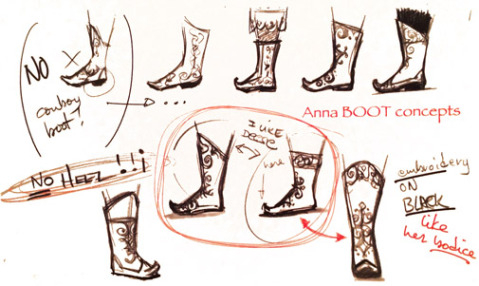 …while the whole picture is loosely based on real life material, most of the costumes are in fact “fantasy” in nature. True, my general approach was to meld the historic silhouettes of 1840 Western Europe (give or take), with the shapes and garment relationships and details of folk costume in early Norway, circa 19th century. Pieces like Anna’s traveling hat are made up from Mike’s intuited “cuteness factor” for Anna, and my simplification of an actual regional Norwegian cap. Elsa, the Snow Queen’s gown was to be simulated ice crystals, snowflakes and reflective surfaces common to ice in its various forms. Kristoff, the ice harvester, has much more rustic, primitive clothing styles and materials (the Sami people’s traditions were studied extensively), and the trolls, of course, have unrefined clothing made of the elements around them.

The whole interview is quite fascinating look at the art and design process for a CG Animated Feature. Plus there is tons of wonderful concept art to soak in.