Disney’s production of the feature film musical “Into the Woods” has just started production. I’ve been waiting for the first image from the set to drop, and here it is. Meryl Streep as the Witch: 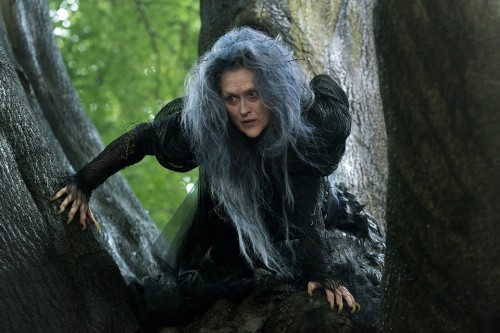 Meryl Streep ventures “Into the Woods” as the Witch who wishes to reverse a curse so that her beauty may be restored. The humorous and heartfelt musical, a modern twist on the beloved Brothers Grimm fairy tales, explores the consequences of the quests of Cinderella, Little Red Riding Hood, Jack and the Beanstalk and Rapunzel—all tied together by an original story involving a baker and his wife, and the witch who cast a spell on them.

The film will hit the theaters Christmas 2014.